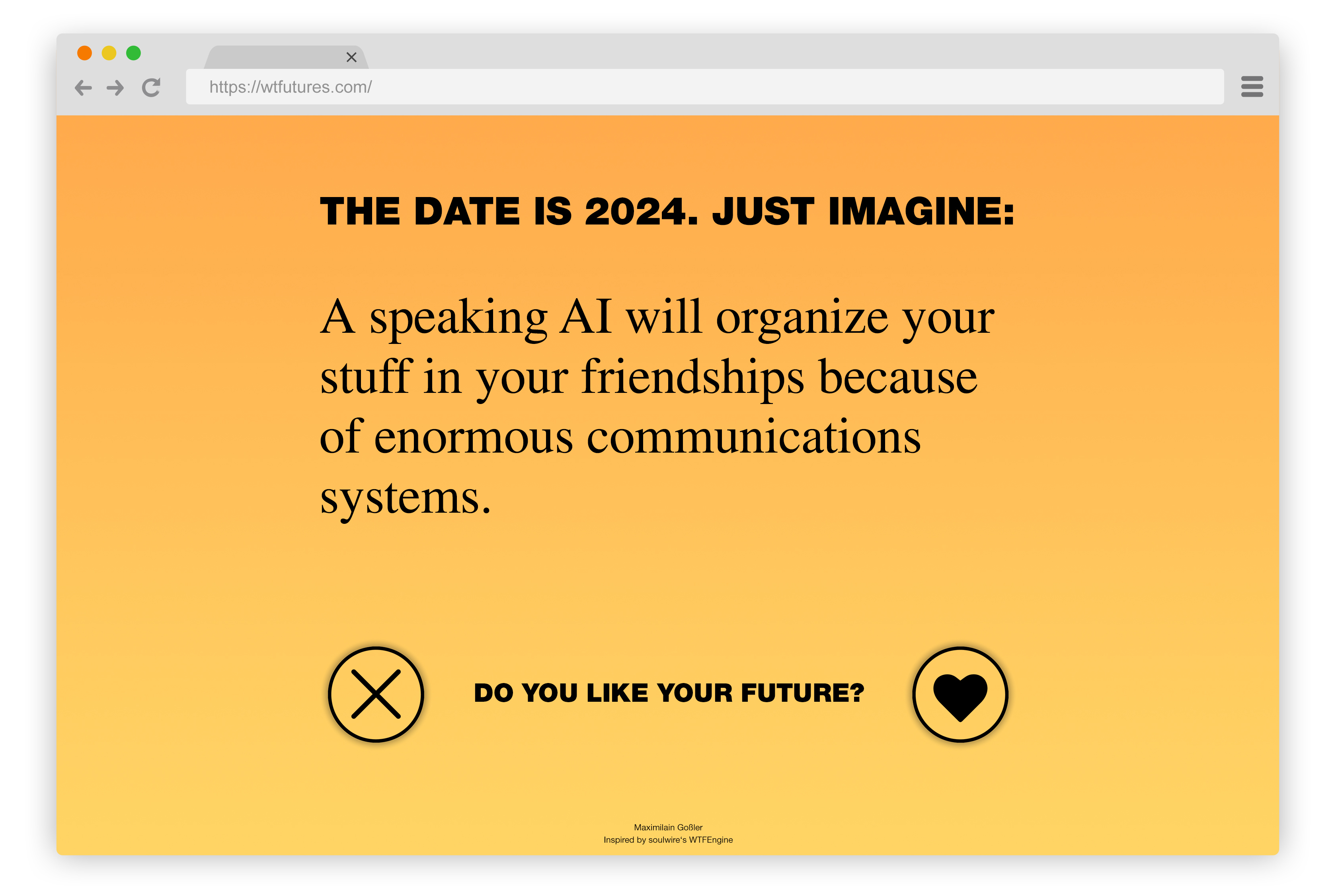 In the diploma thesis „Future Artefacts“ the question is being asked whether there are alternatives to the already prevailing visions of a future shaped by artificial intelligence (AI). The work is characterized by an intensive theoretical and practical examination with the nature of algorithms and artificial intelligence in general.

Matching the nature of the future, a new ideation process was also developed which, in cooperation with an algorithm, generates scenarios for the shared future of man and AI: www.wtfutures.com.

The algorithm tries to learn through human answers on its website, how a ‘good’ future of man an AI should look like. A few thousand clicks later the algorithm was able to generate only ‘good’ scenarios which where the basis for the elaboration of more detailed scenarios and product ideas.

Some of the ideas were created and presented as if they would be for sale tomorrow: 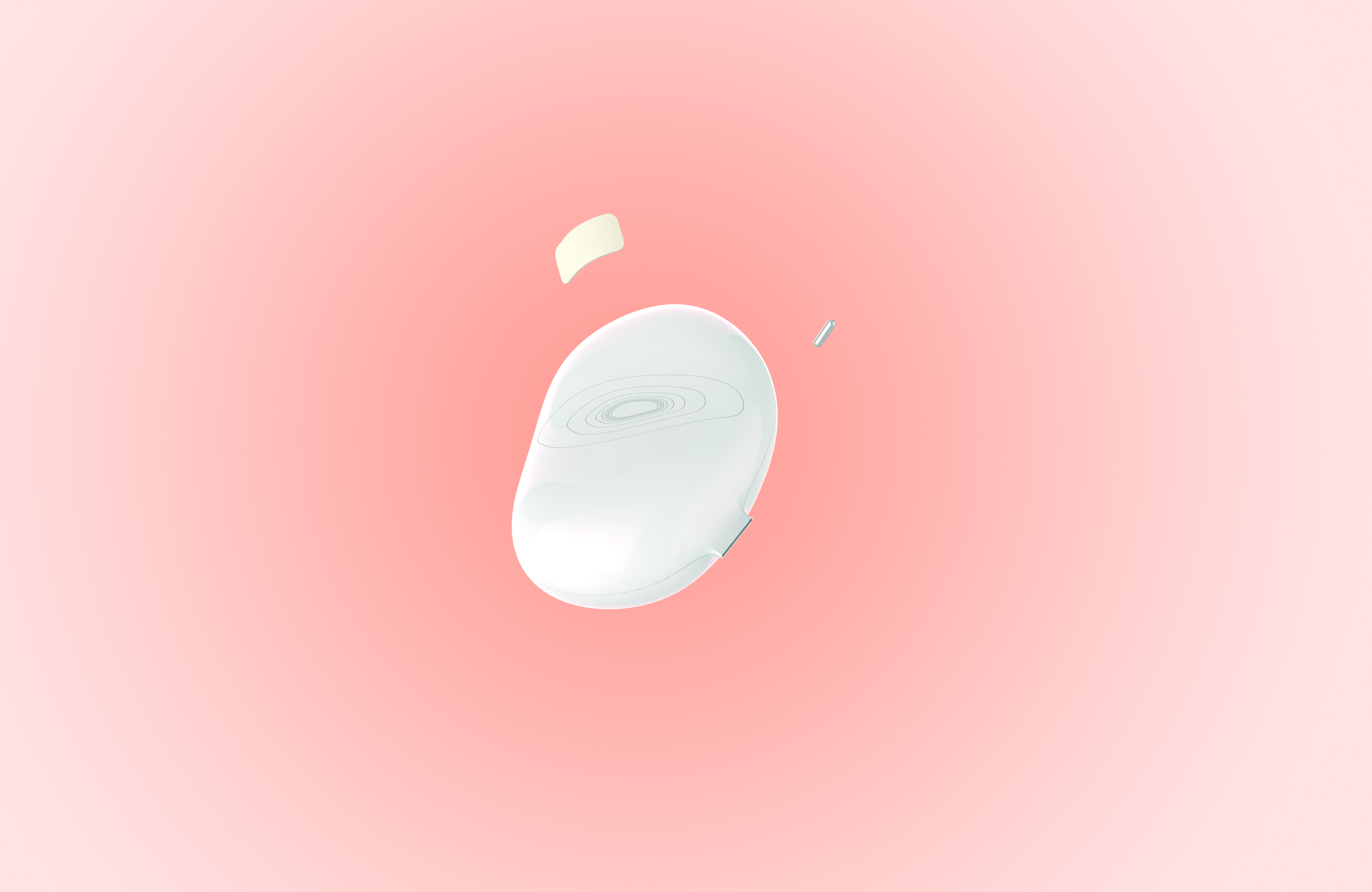 bodycare is a system that restores the general physical well-being by adjusting the electrolyte, vitamin and hormone balance. The doses of substances are calculated individually by an AI using a chip implant and are absorbed by non-invasive transdermal plasters, which can be printed out on the presented 3D printer. 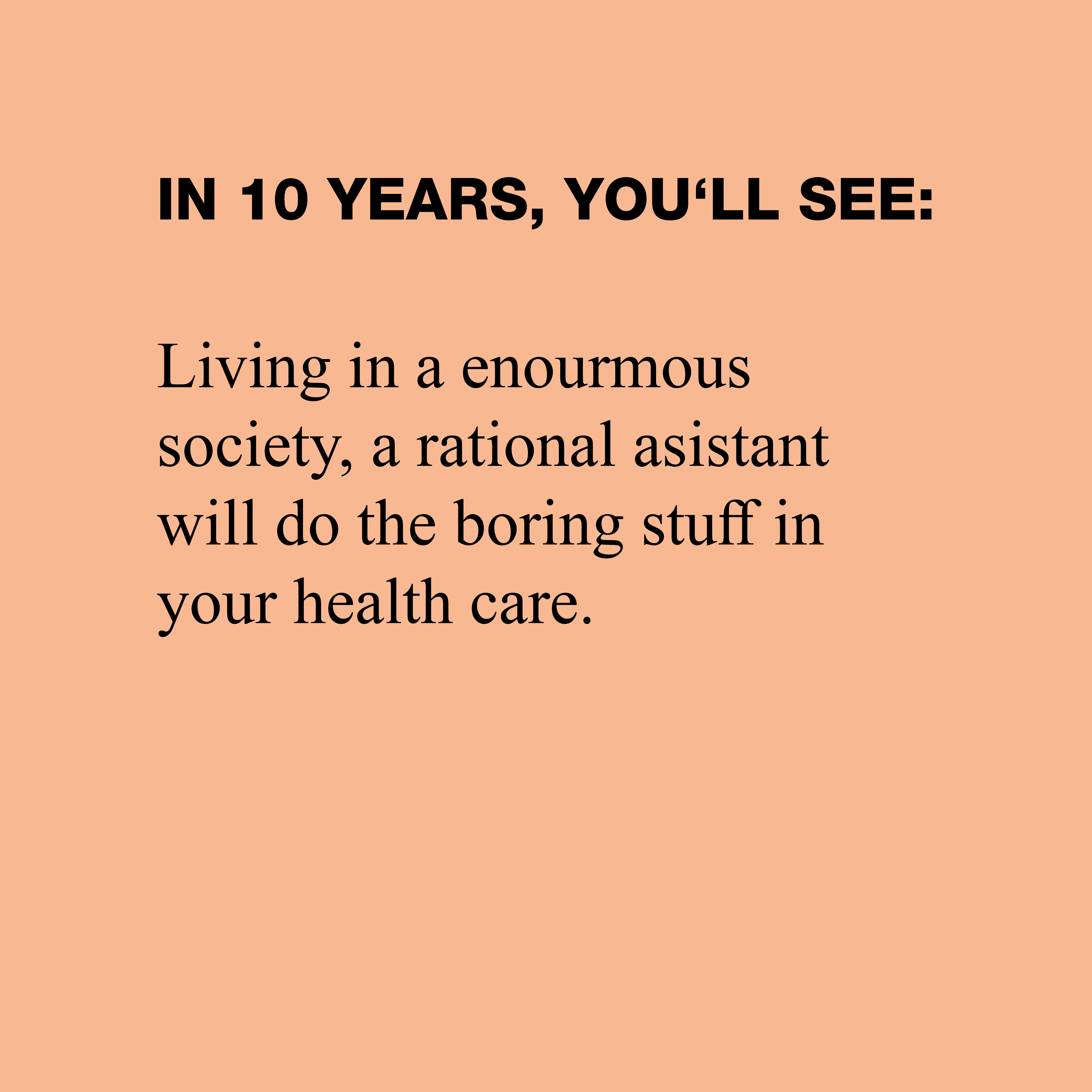 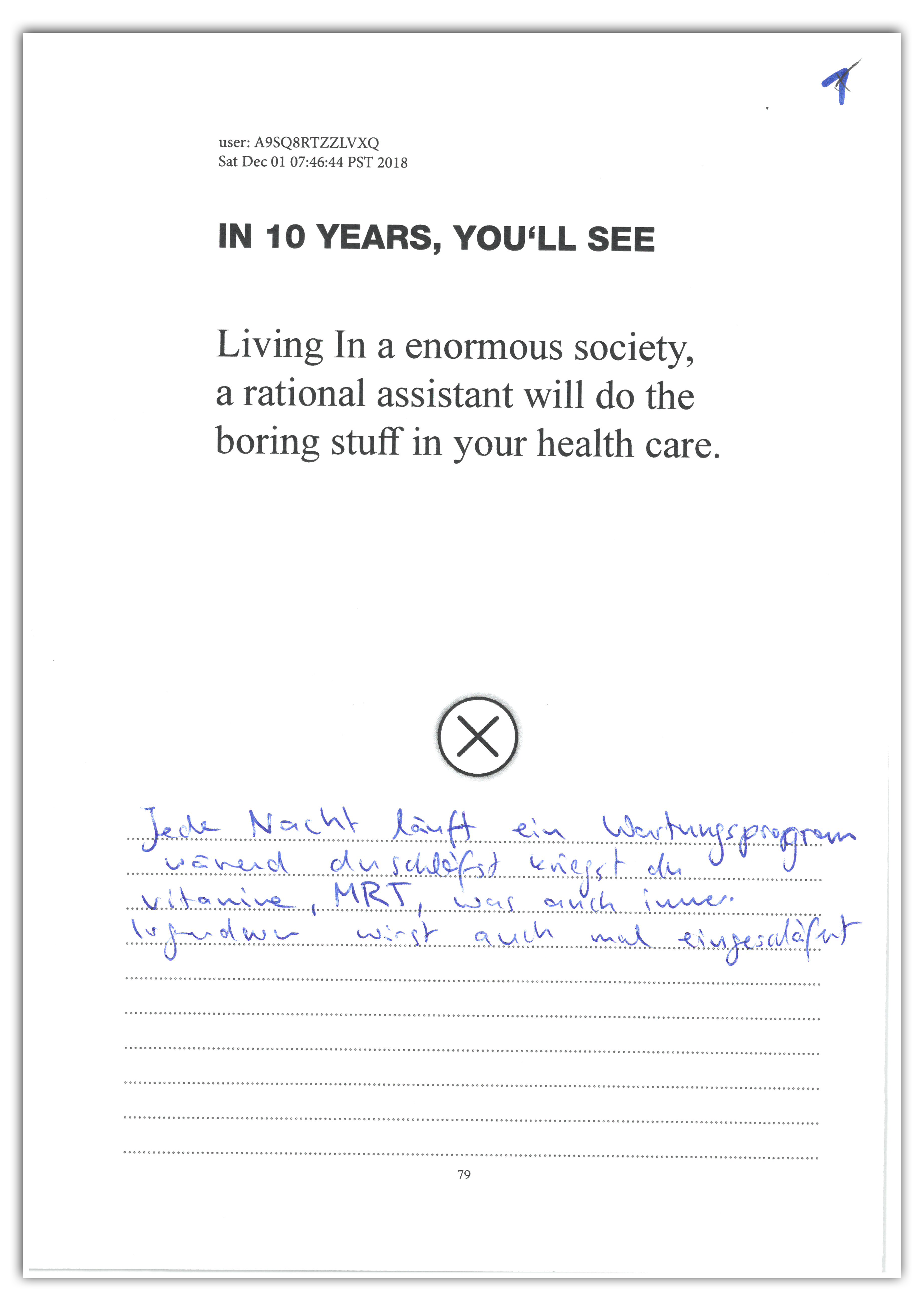 And this is how a future ad for this service could look like: 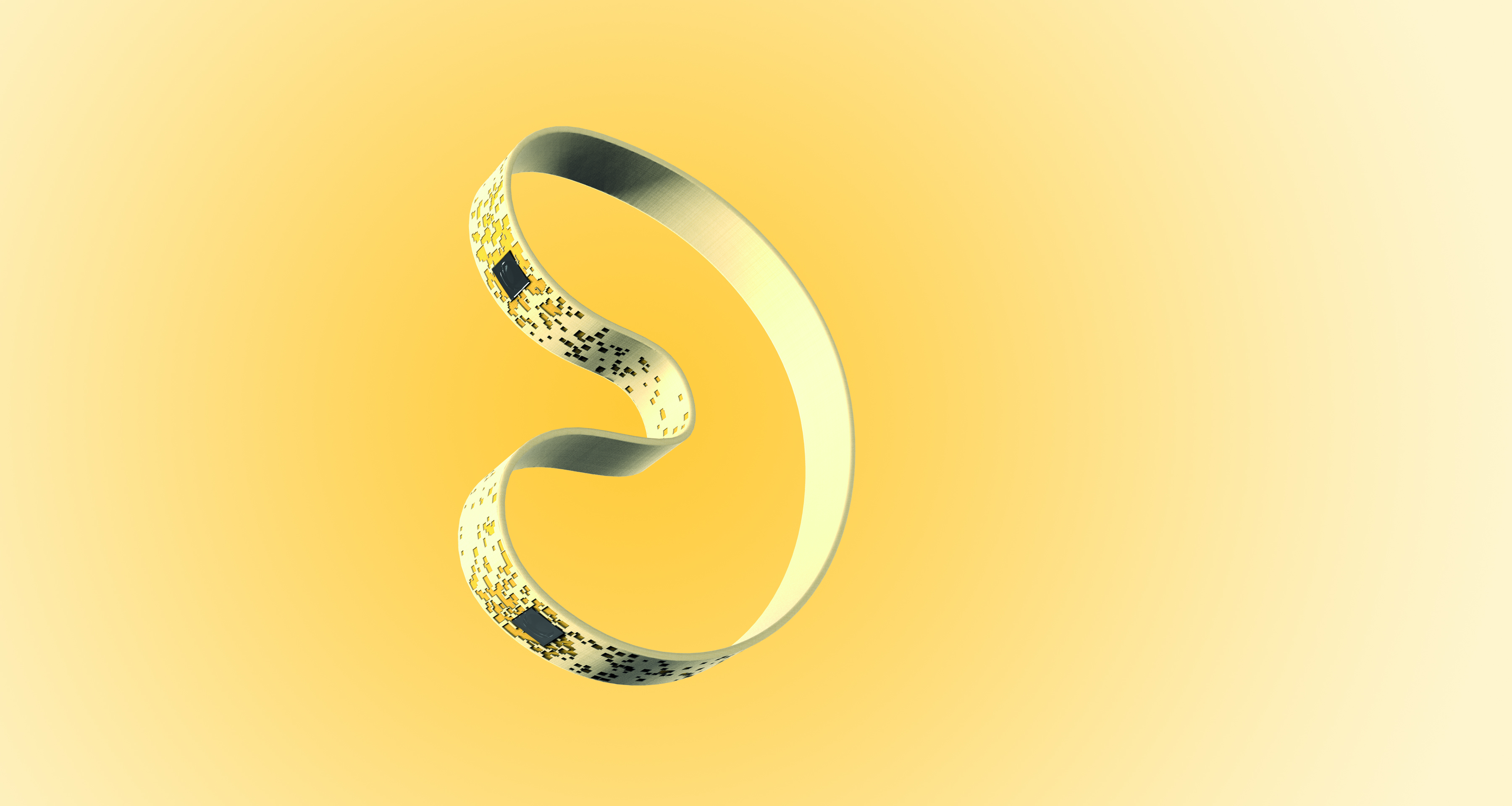 Experiencer is a new form of profession that allows other members of this community to experience one day of their lives. This is possible with a 360° camera hidden in a fashionable headband, which allows the spectators to participate live through a VR headset in the life of the experiencer and the spectators can even determine what they want to „experience“ next for a small fee. 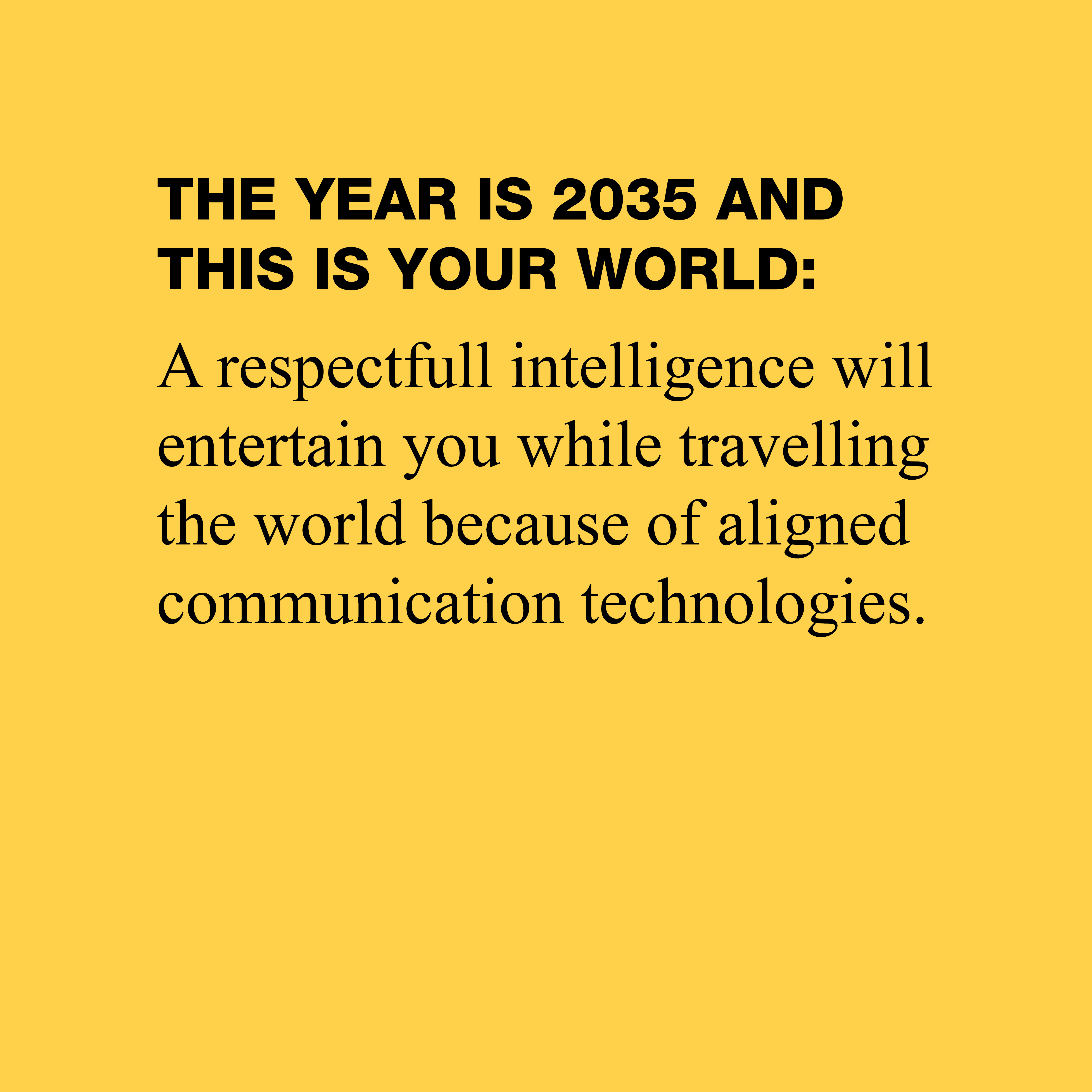 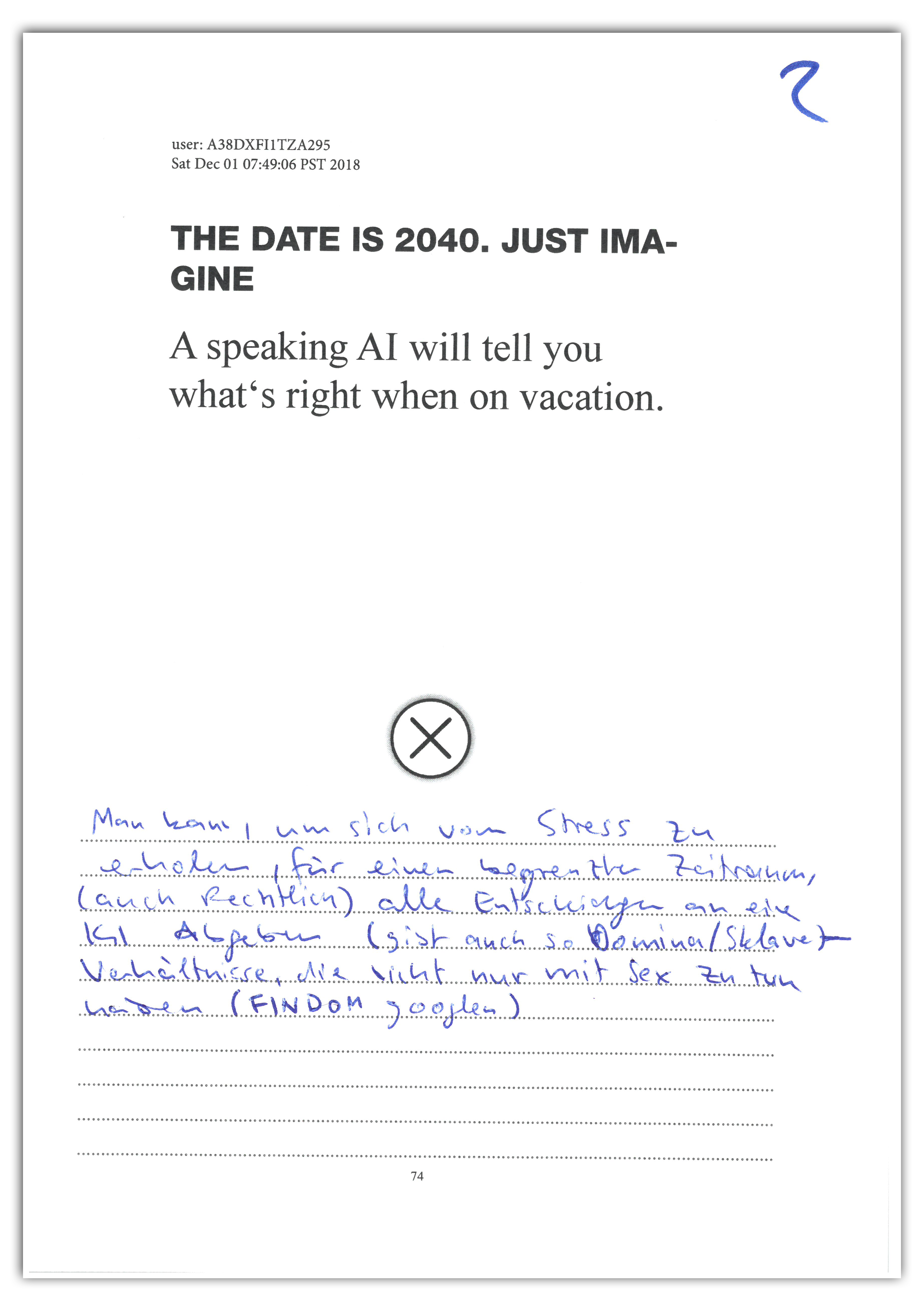 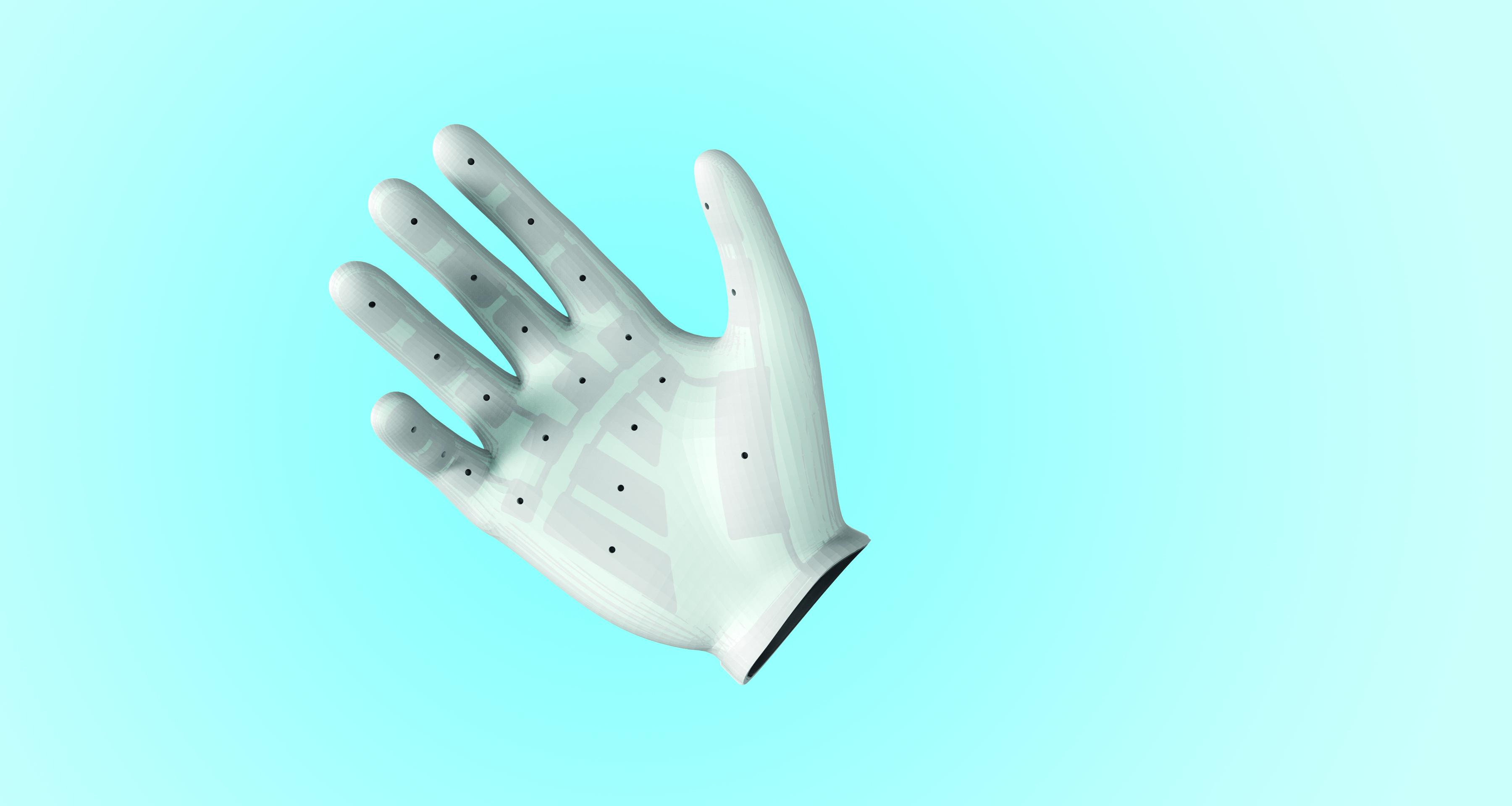 In a future shaped by virtual and augmented reality, there may still be a demand for handcrafted art. With the help of a haptic feedback glove, future artists can shape objects by hand that still just exist in virtual space, but can also be interactive, vivid and individual. 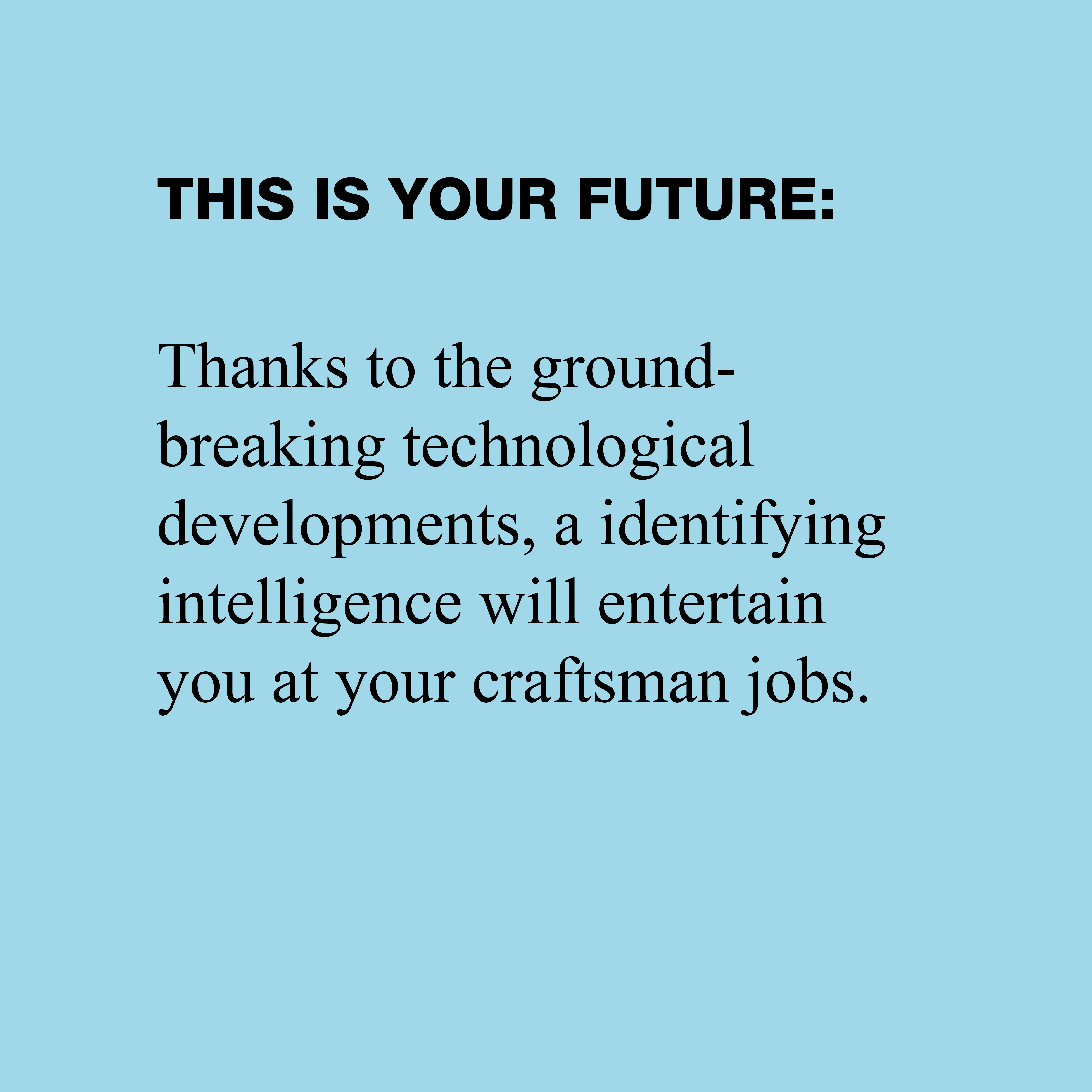 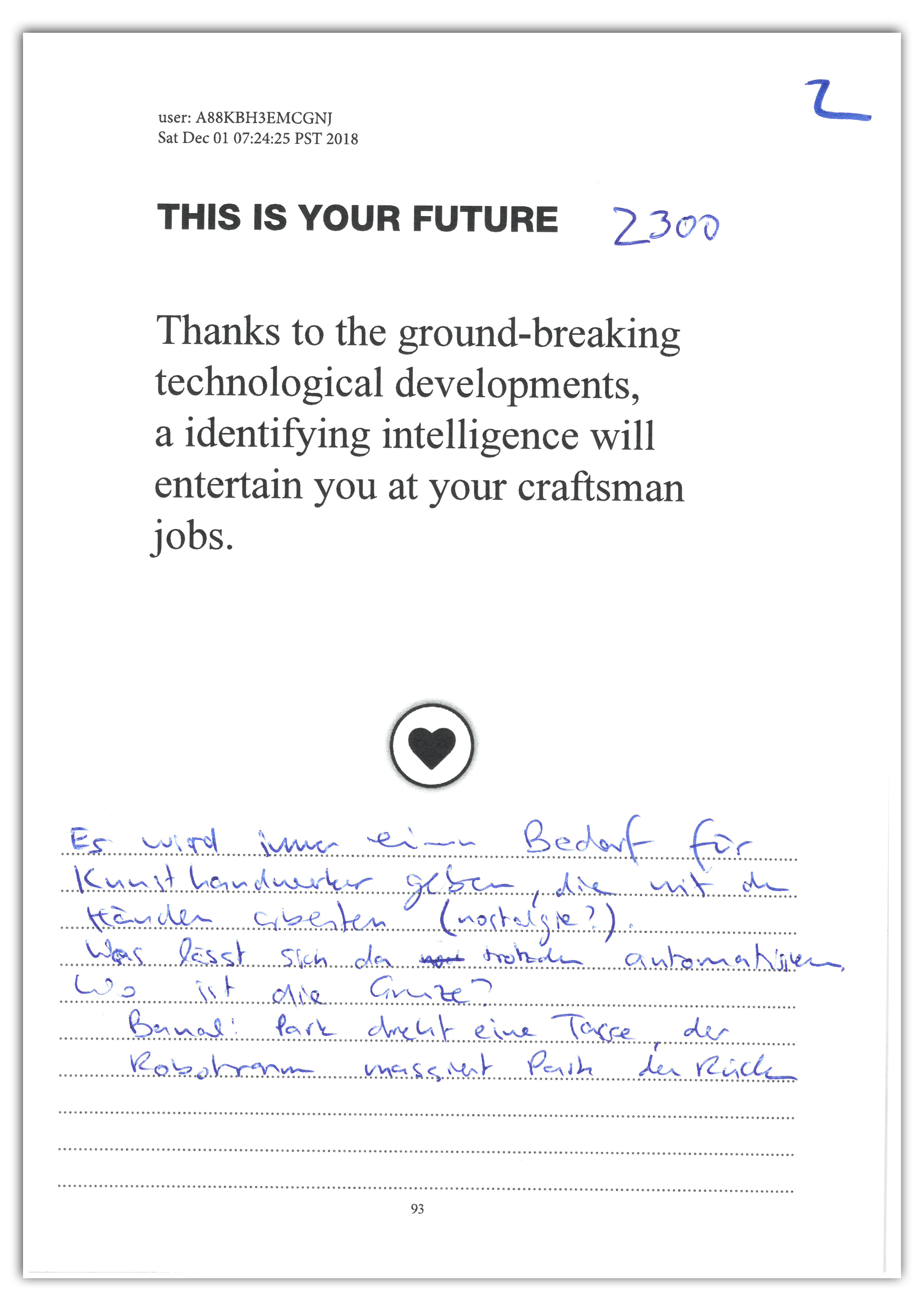 In a possibly even faster future, the desire to have no permanent decision-making pressure for a period of time can be satisfied by an Intelligent Personal Assistant (IPA). In order for the IPA to actually be able to act and decide, however, it needs a judicial basis which, as an example of many other capabilities of such systems, is presented in the form of a contract between the user and a IPA. 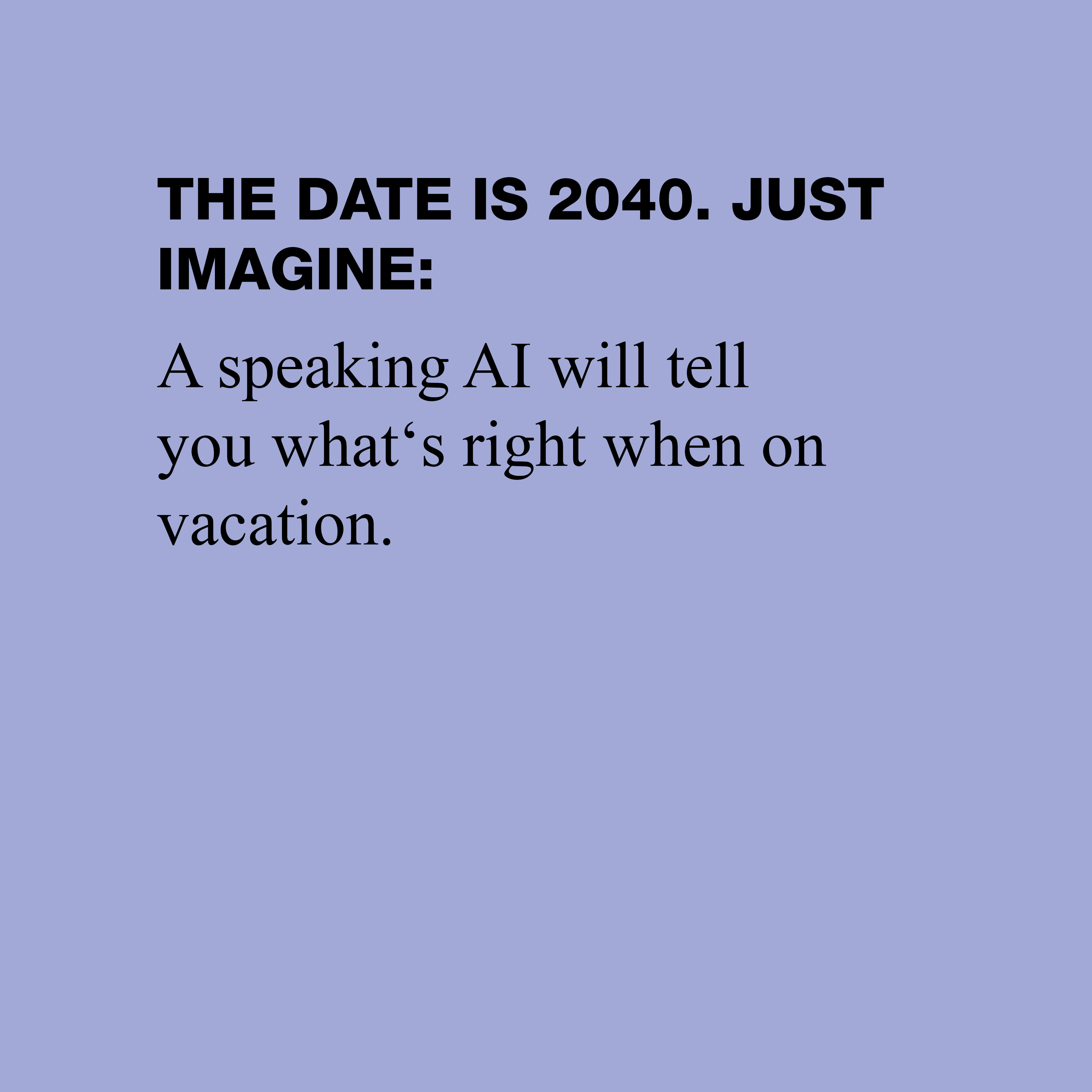 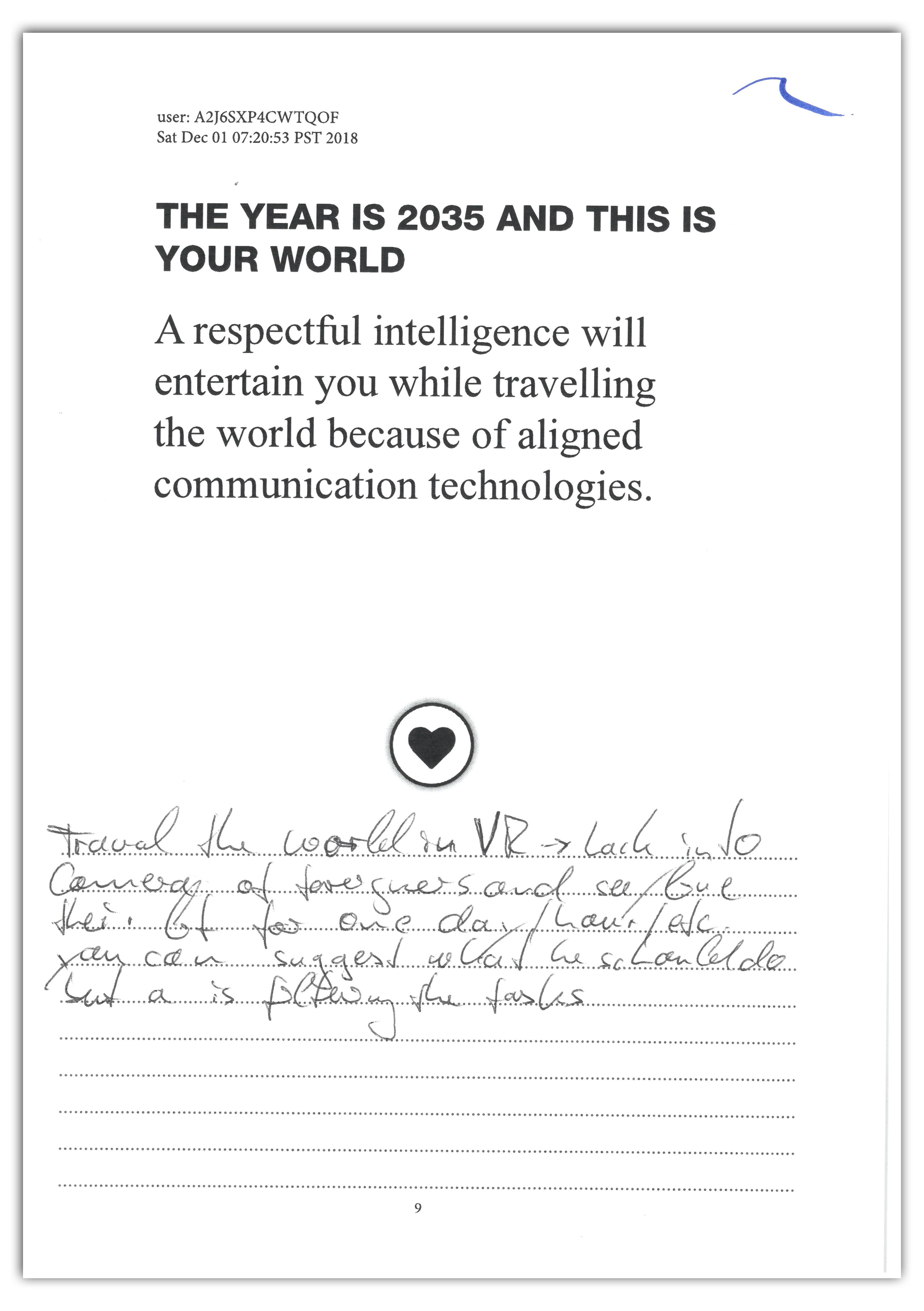 How such a stress-free AI-guided day feels like, you can hear in this Video: